The ‘Wing’ desk aims to push the boundaries of a typical desk by having one main leg which is an Axle from a tank salvaged from a tank salvage yard.. The single leg is inspired by the landing gear on an aeroplane with tie rods coming from the base of the leg to support the extents of the Wing giving a cleaner look to the desk.. The base is created from many bespoke billet aluminium parts that reflect the profile of the Wing and also the fact that the Wing is not parallel.. The single leg is connected to the underside of the Wing by a large billet aluminium hinge with a reclaimed walnut spacer shaped to fit the beautiful curvature of the underside of the wing.. The ends have been capped with large pieces of reclaimed walnut which have cut outs in it to allow the construction of the inside of the Wing to be seen.. The building of this piece can be seen on Scrap Kings as it was filmed as part of the series.. Can be seen in ‘Astley House’ in Moreton in Marsh and purchased from there or by contacting us directly.. 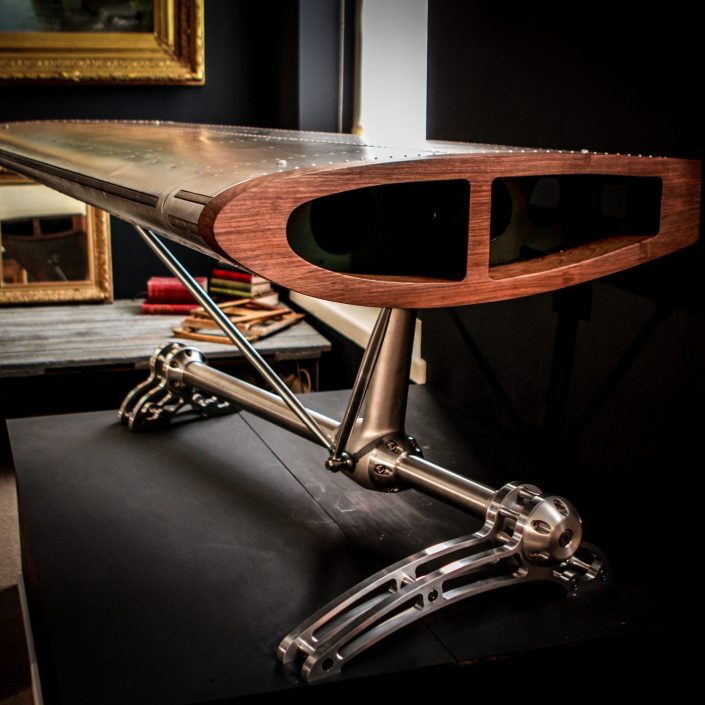 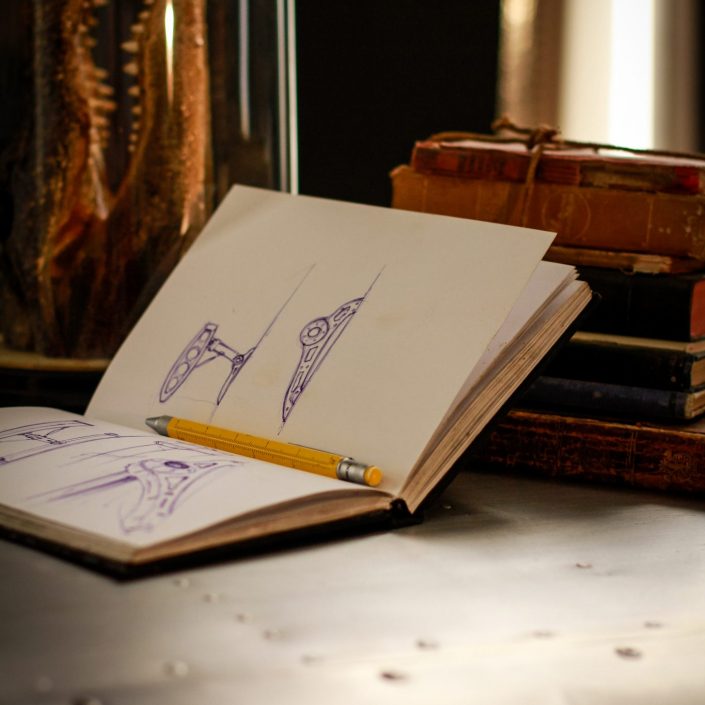 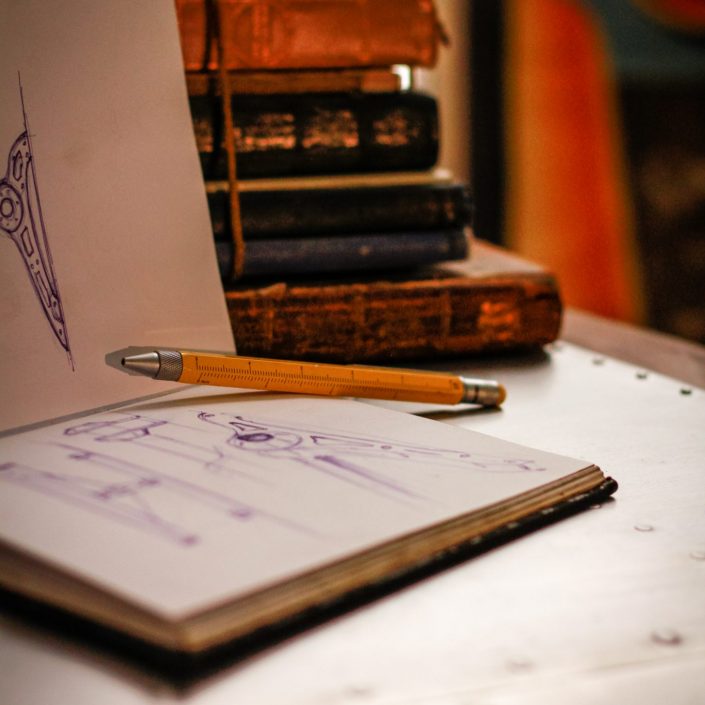 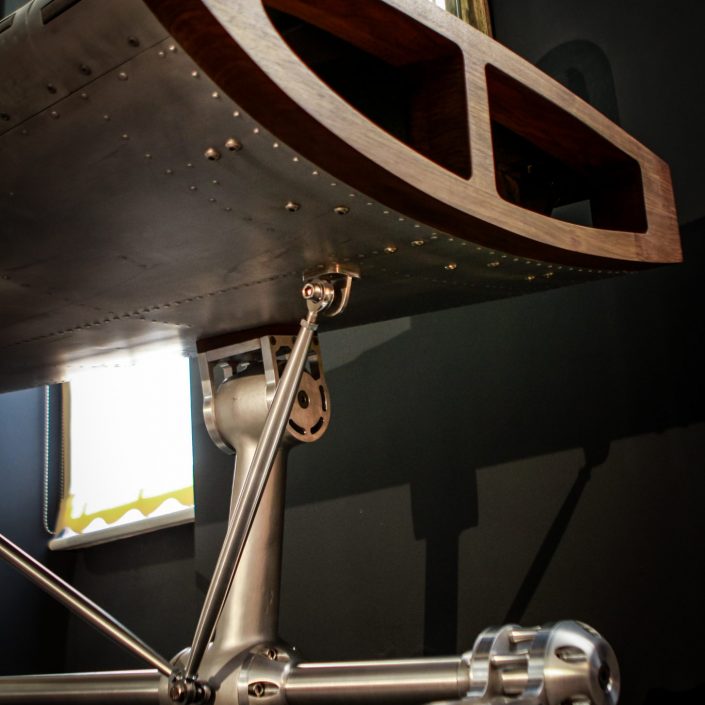 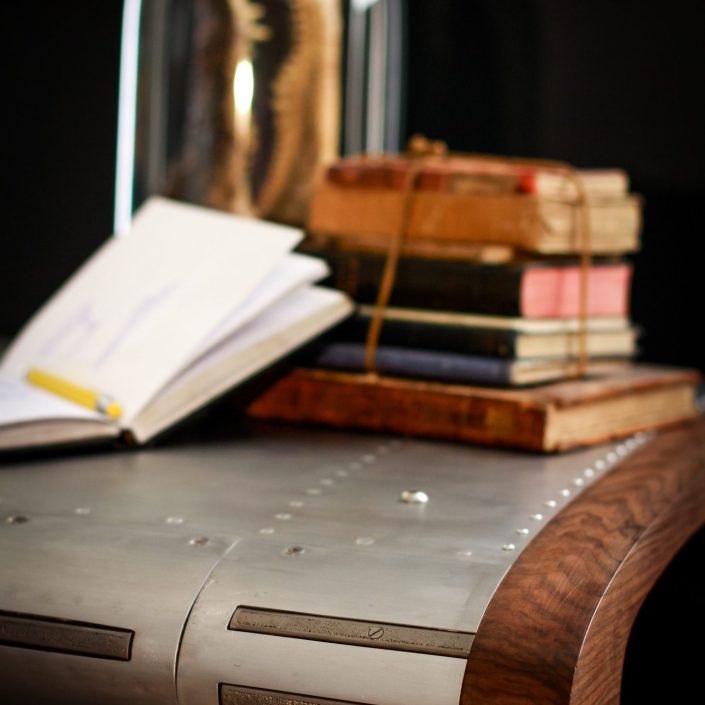 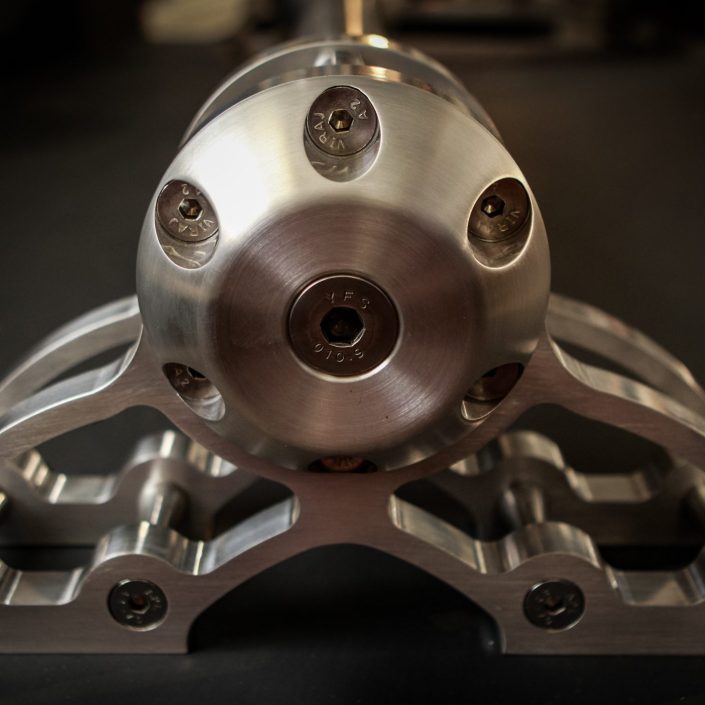 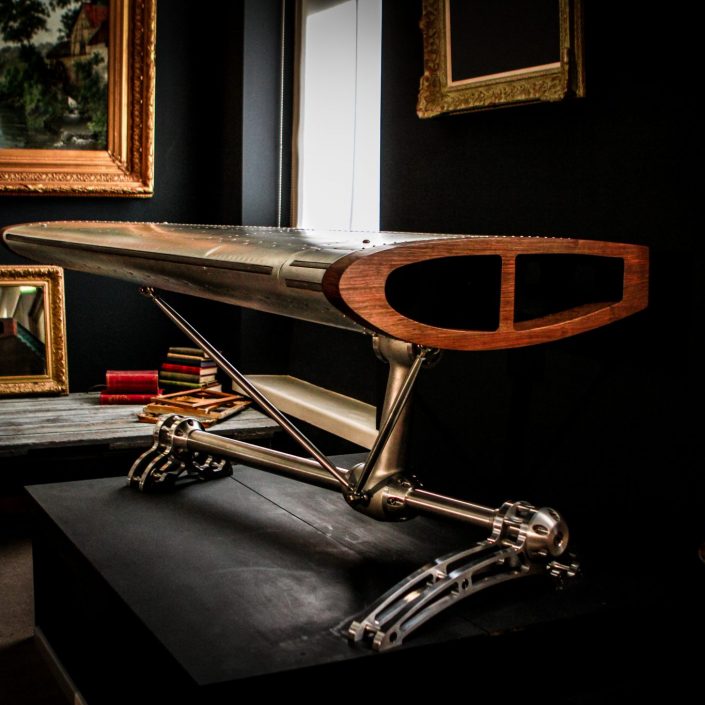 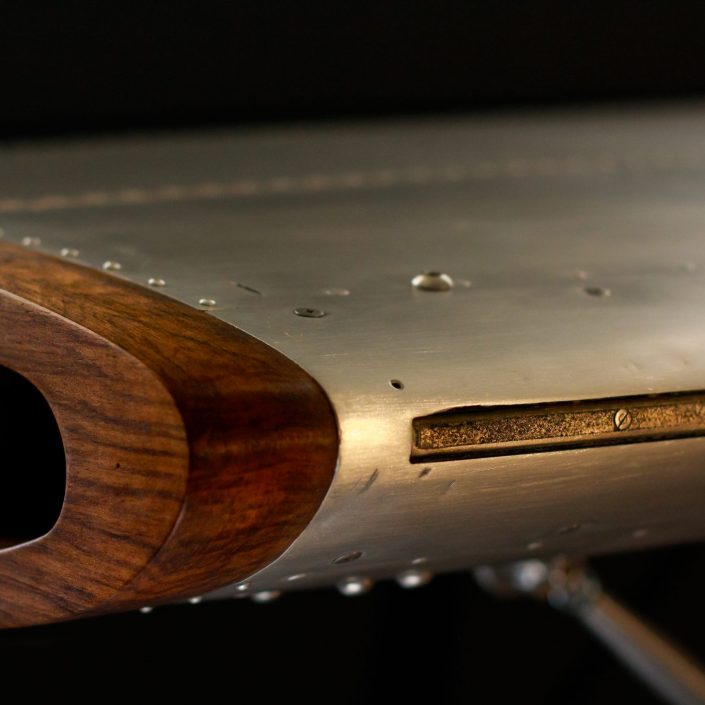 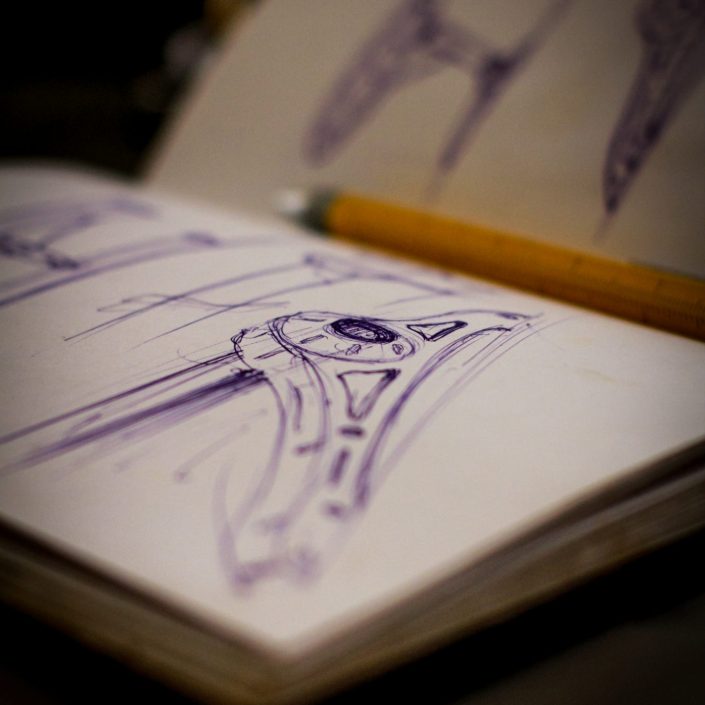 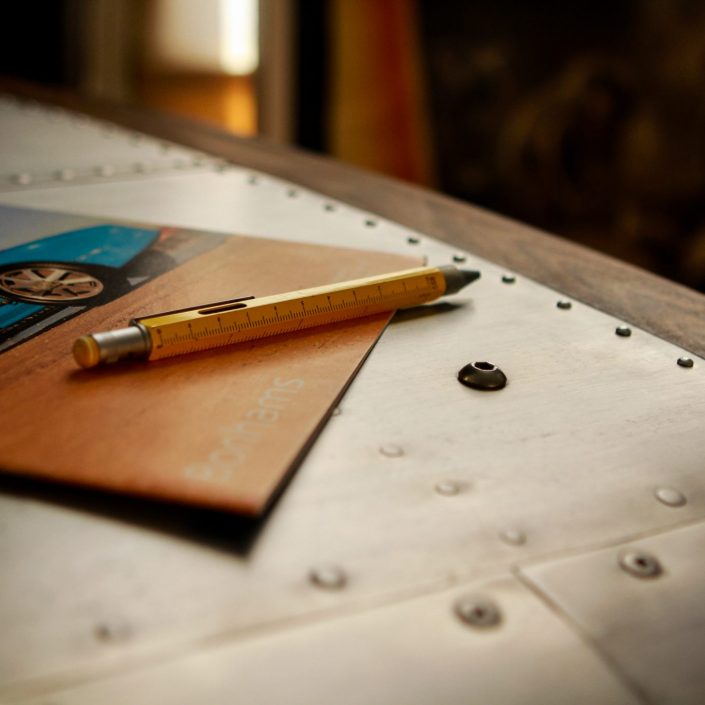 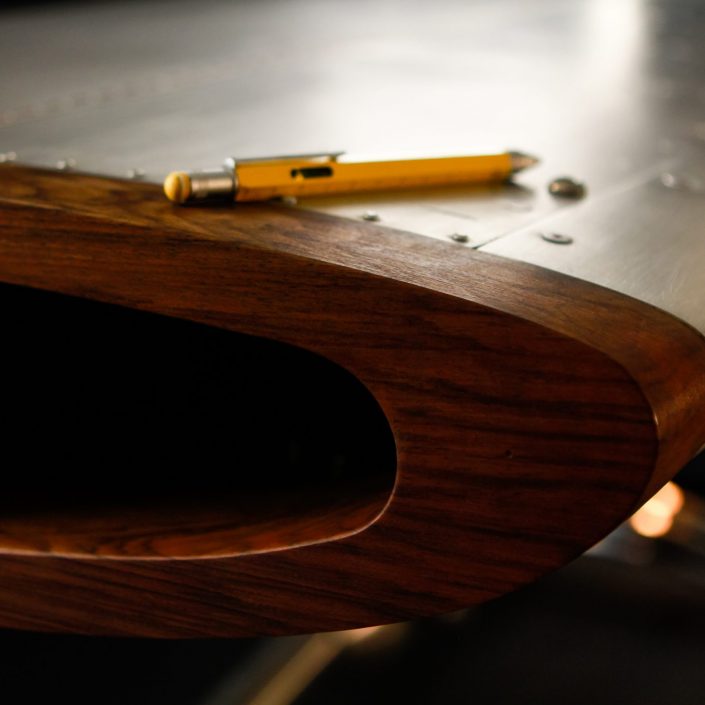 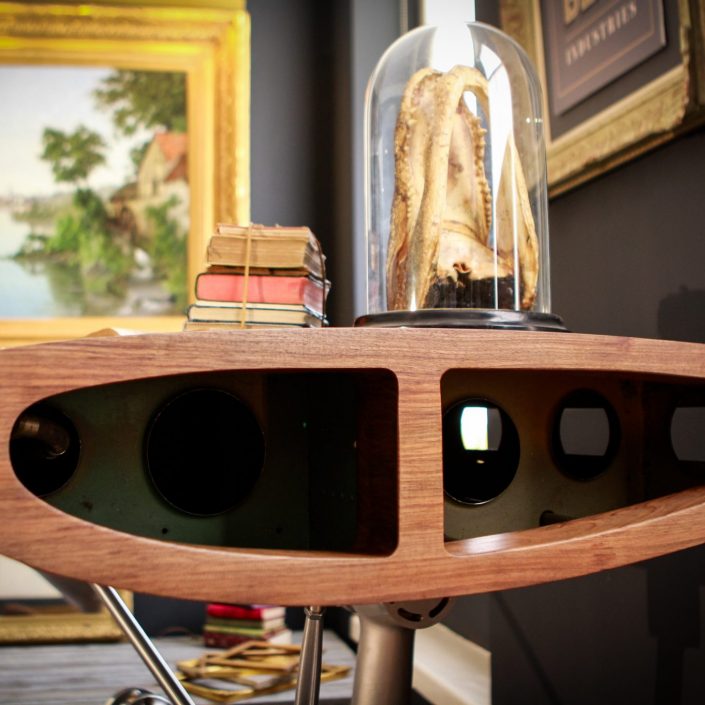 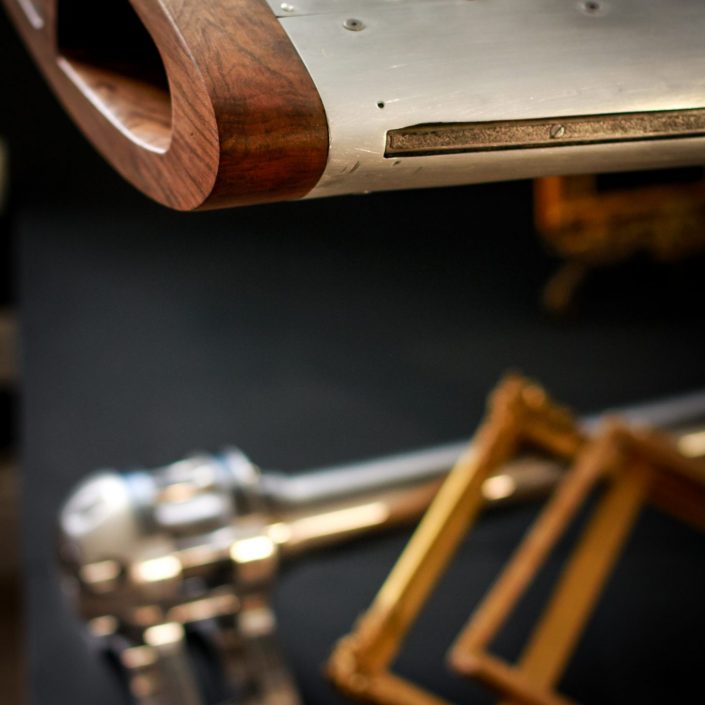 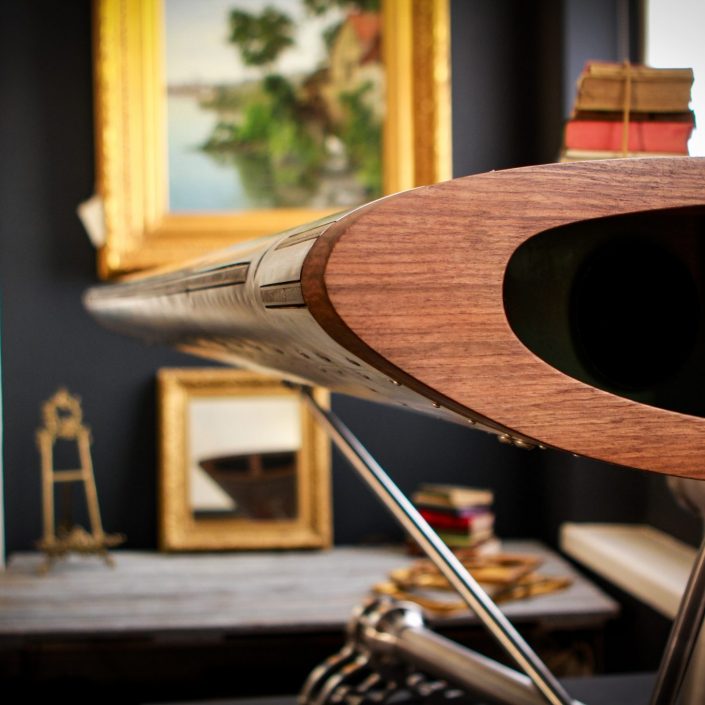 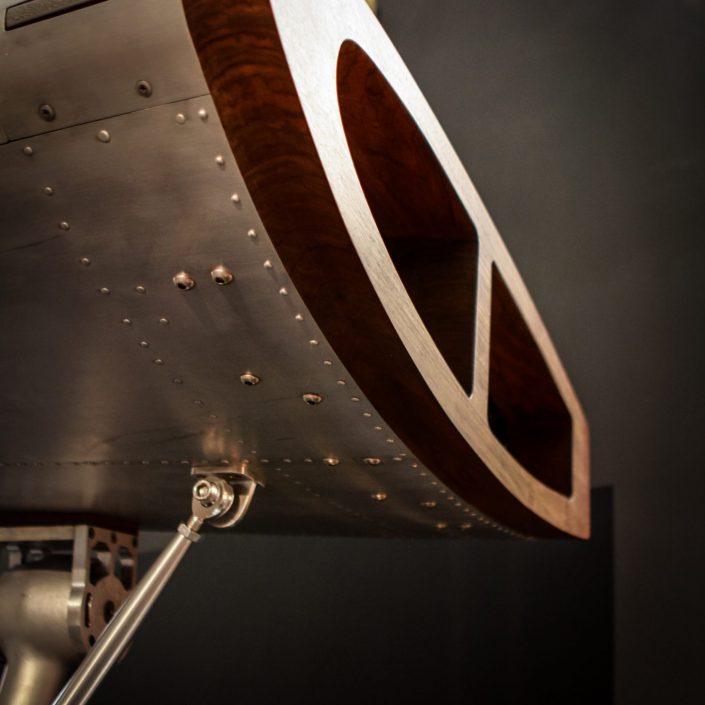 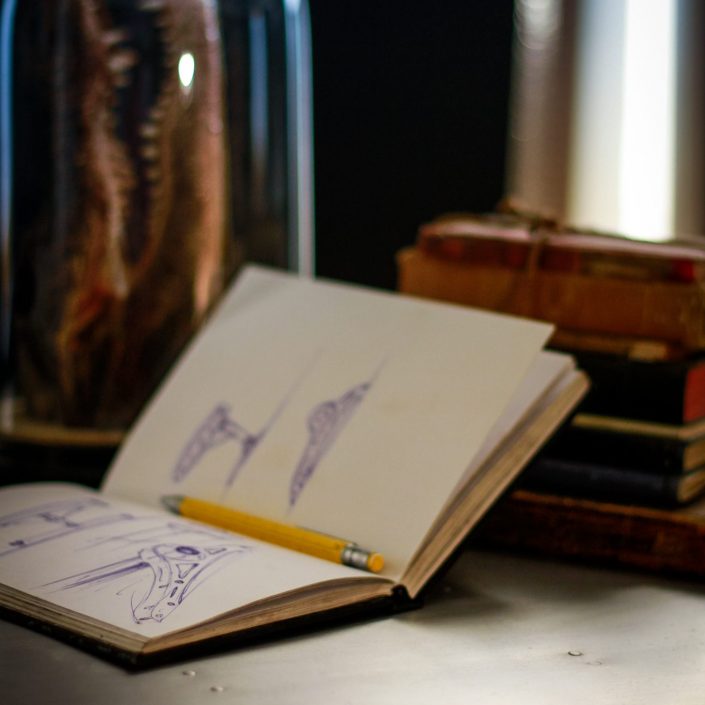 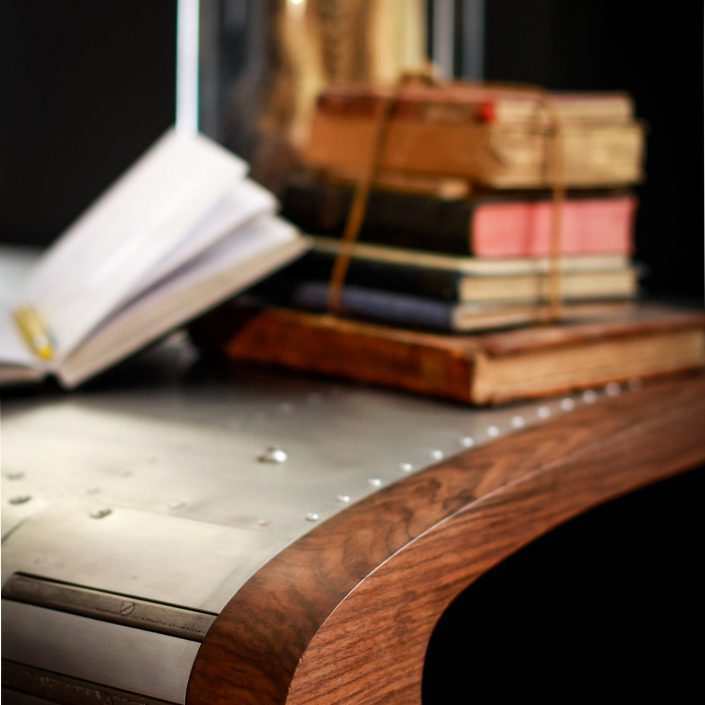 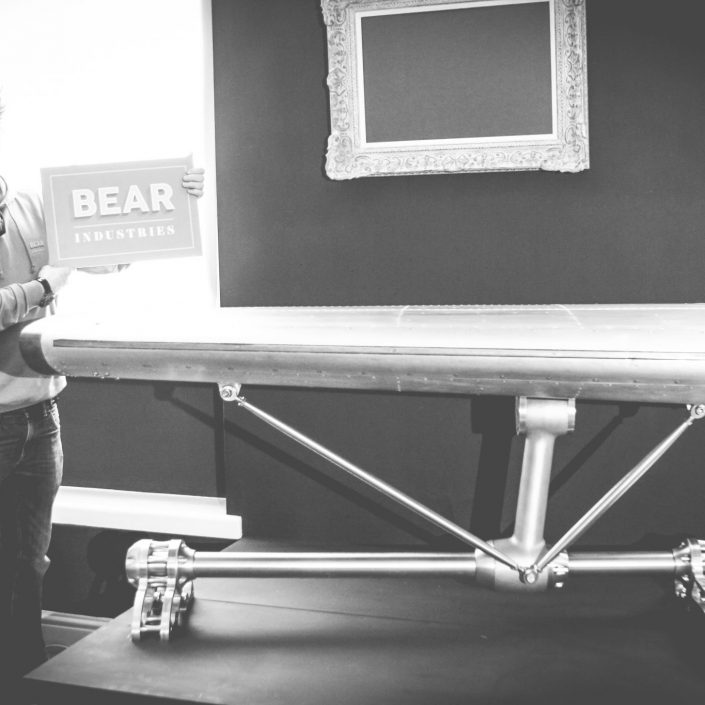 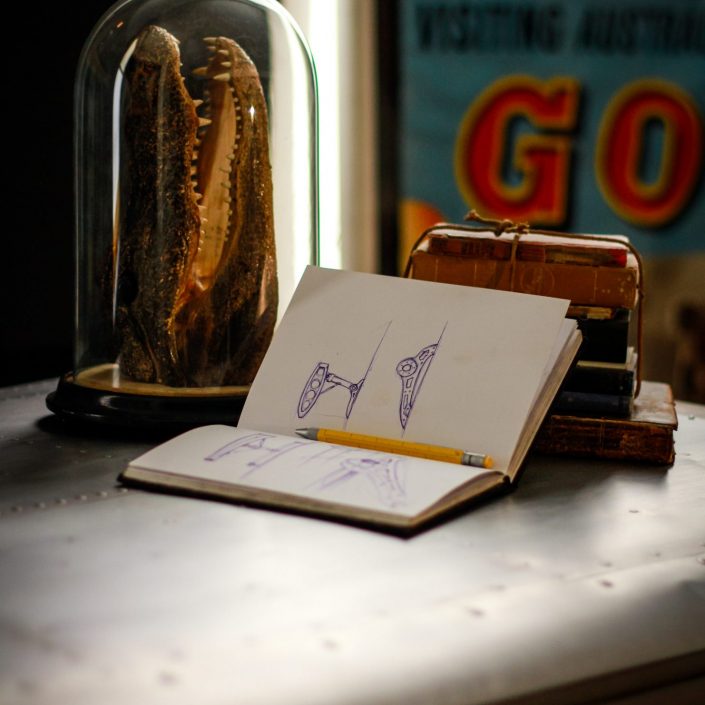 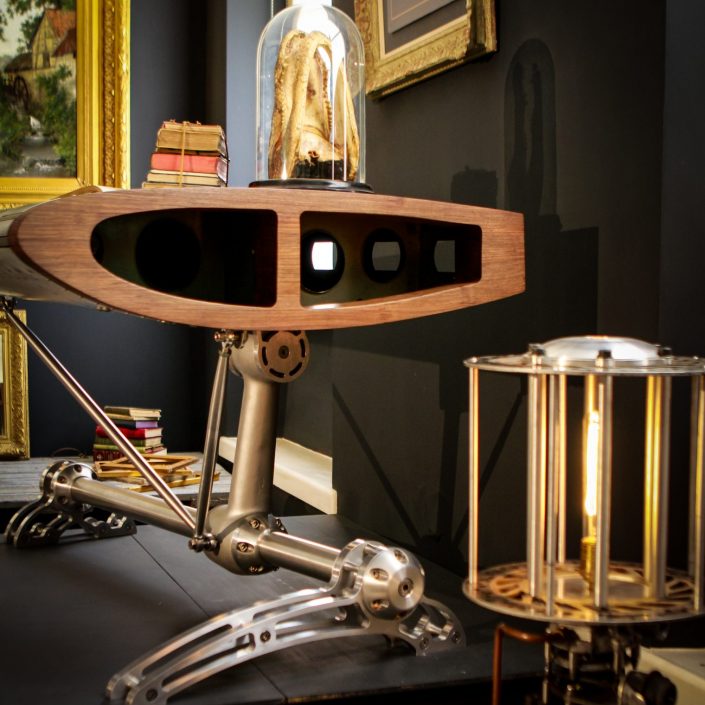 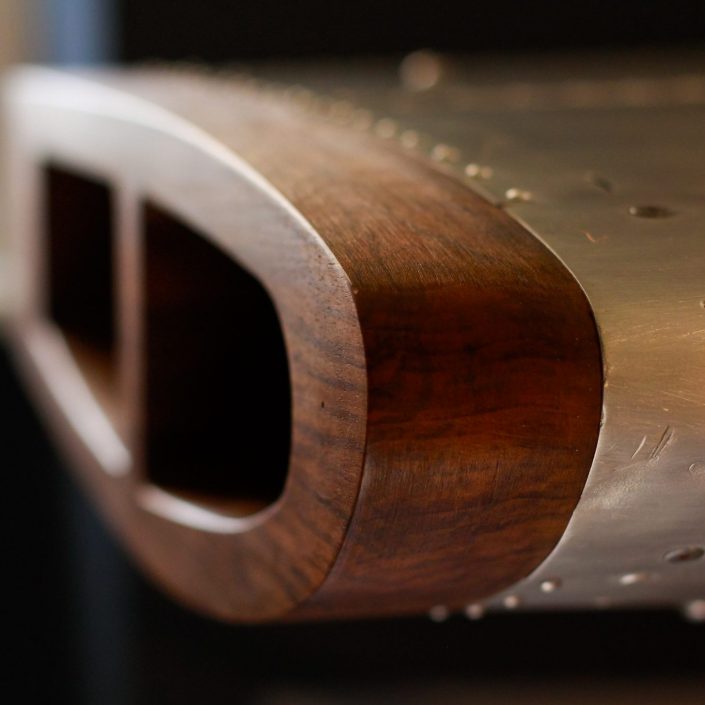 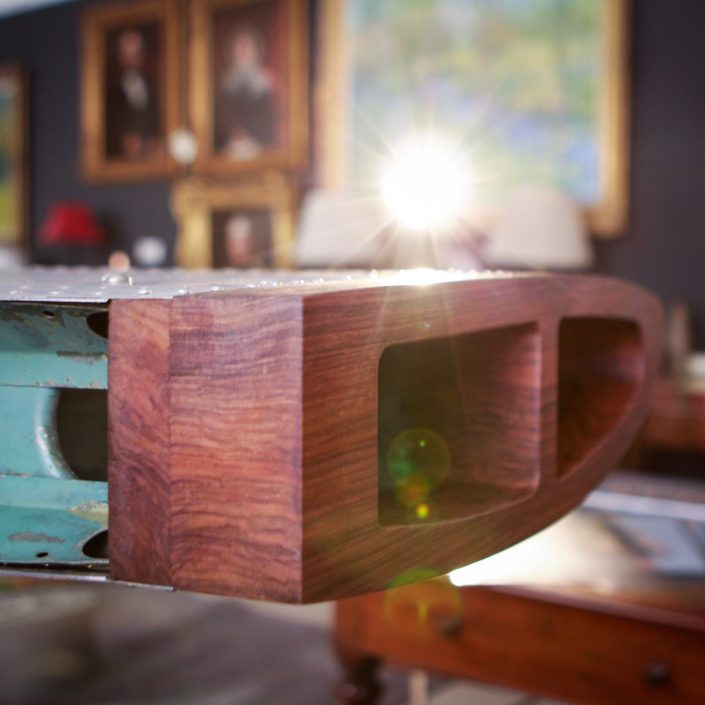 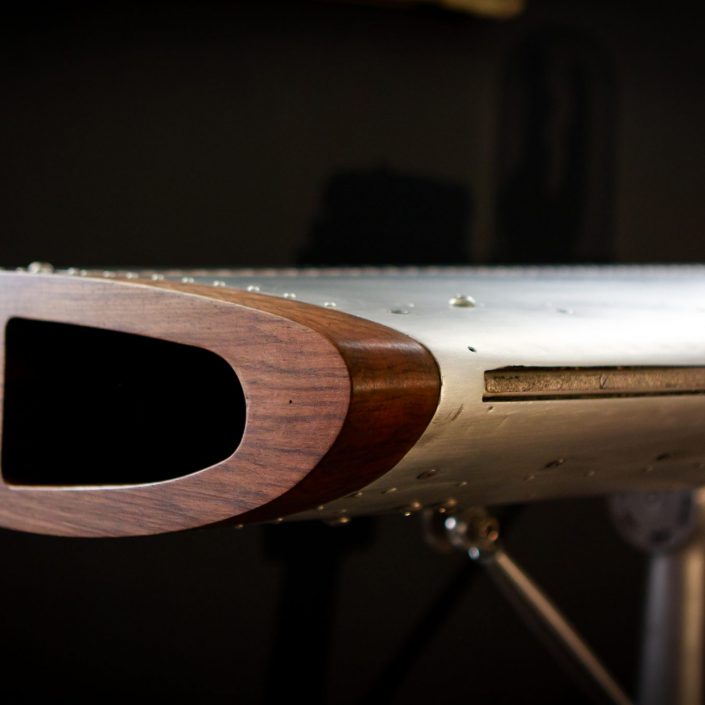 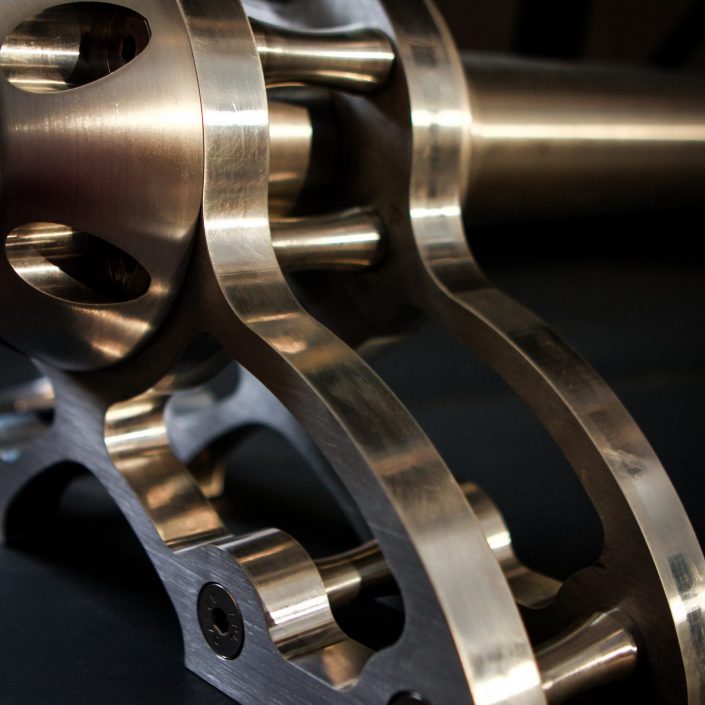 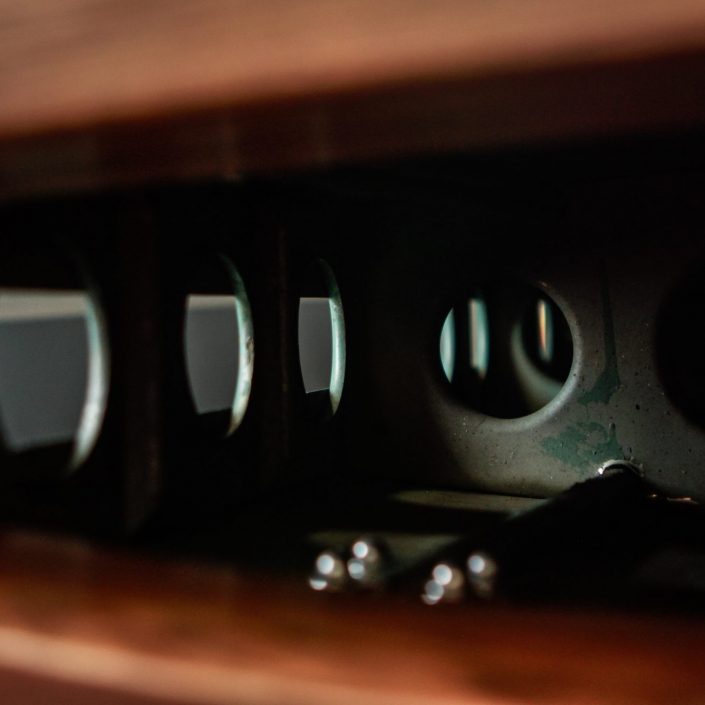 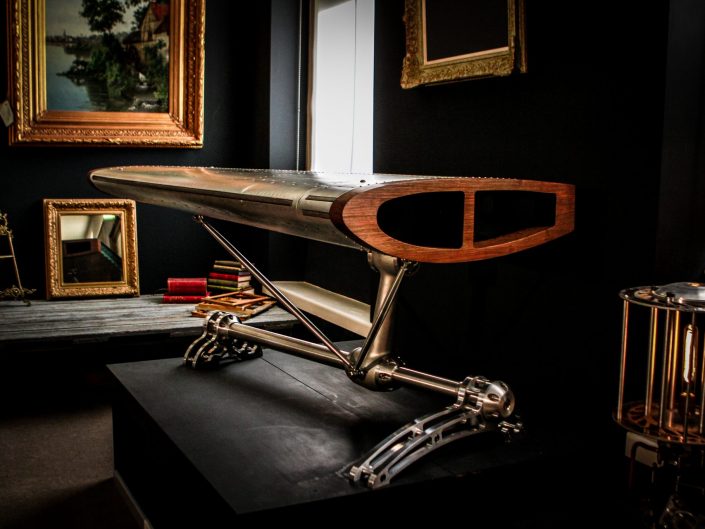 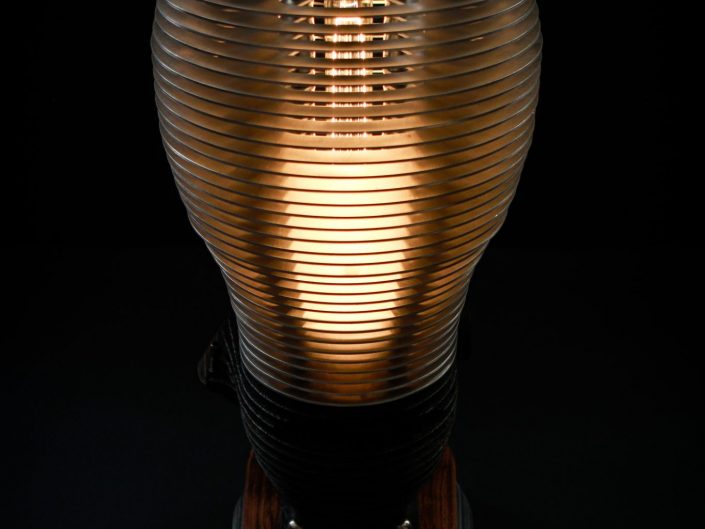